The Adoration of the Magi.
Fresco from a cave church in Cappadocia, 12th century.

Why was the intellectual and cultural elite of the ancient world hostile to Christianity, at least in the beginning? It was not because Christianity posed a threat to their traditions — by that point, there were no traditions left to threaten. As we have written, classical Greek culture had begun to erode over 300 years before the birth of Christ. By the first century AD, the work of Homer and Hesiod, Plato and Aristotle was still admired in a certain abstract sense, but the worldview behind it had become completely alien to any given statesman or thinker. The Greek language had lost its poetry, becoming a quotidian tool for conveying technical information between cultures and geographical regions that had nothing else in common. Even “being Greek” in itself no longer meant much, since the Greek in question might have lived his whole life in Alexandria or Antioch, never even having set foot in Greece itself. Roman culture, being secondary to Greek culture from the start, was not far behind.

The monotheism of Christianity also was never particularly offensive to ancient sensibilities. Judaism was also monotheistic, but tolerated by both Hellenistic and Roman rulers. Ironically, the text of the Old Testament that is canonical in Orthodox Christianity — the Septuagint — owes its existence to Ptolemy II of Egypt, who commissioned a Greek translation of the Hebrew Bible in his aspiration to build the world’s greatest library. In any case, the old Greek polytheism had exhausted itself long before that; reading Aristotle, for example, it is clear that he did not believe in any god or gods. Even as a formalism, ancient religion was gradually becoming more monotheistic, through the introduction of strange synthetic gods based on Egyptian or Persian influences. Plotinus, the preeminent philosopher of late antiquity, deliberately developed his system as a monotheism with no Christian content, so clearly it was not monotheism itself that was objectionable.

Then what was? As strange as this may sound, it was the Nativity itself — that is, the idea that the one God would willingly confine Himself to the helpless form of a human infant, be born into human poverty, live in the physical world among humans, and undergo a miserable death. Such a notion offended the sensibility of ancient philosophy. Plato and Plotinus saw the universe as a hierarchy, at the bottom of which was the material world, all things perceived through the physical senses. The hierarchy narrows as one goes higher, with the upper levels only accessible to philosophers. At the top is Plotinus’ One, a completely unknowable entity that, strictly speaking, does not even quite exist. “Clearly, [One] cannot be any of the things that originate from it, and therefore, cannot be defined using any categories pertaining to these things: it is neither existence, nor essence, nor life; it is above all this. Therefore, we cannot comprehend it directly, but only observe its individual manifestations, grasp it intuitively, contemplate it in what follows after and through it.” (Enneads III.8)

This is almost Christian theology word-for-word, and yet… In its blissful non-existence, Plotinus’ One has no will; Plotinus cannot comprehend the One, but the One cannot choose to help Plotinus comprehend it. Neo-Platonism is truly a philosopher’s religion, a beautiful and harmoniously ordered system, but ultimately its god is powerless, incapable of compassion, resulting in an equally beautiful and cold, empty universe. To exist in it is pointless. In fact, this system literally holds that non-existence is more perfect than existence — the final conclusion of the dying ancient world.

But the Christian God exists as an individual. To a mind saddled with the baggage of three centuries of pseudo-rational masonic philosophy, it comes as a shock to realize that Christianity actually respects human individuality more than any other system. Yes, God is just as infinite and unknowable as Plotinus said; God is entirely self-sufficient and could exist eternally in neo-Platonic perfection if only that was what He wanted. Creation was a choice. God chose to create human beings as individuals, like Himself, “in the image of God created He him.” He then chose to speak to them as one of them, in a form that was understandable to everyone rather than a small elite of philosophers, and seemingly as an equal rather than a punishing authority. Then He chose to die with them. Theodicy actually has no importance for either philosophy or theology. Whatever the reason why God allows evil to exist, there is no evil that He does not suffer together with us.

We were led to believe that Christianity was standing in the way of our will and our desires. In fact, it was Christianity that protected these things. Even our freedom to sin is only really recognized (just not applauded) within Christianity. As soon as Christianity is gone, our hedonistic appetites will immediately cease to be our right; if we thought Christian “guilt” was a heavy yoke, we can’t imagine how “guilty” we are now. On one’s knees or locked indoors — there is the entirety of one’s “individual” world.

The Nativity gives you the right to be human, because God Himself “came down from heaven, and was incarnate of the Holy Spirit and the Virgin Mary, and became man.” St. Athanasius of Alexandria famously said, “God became man so that man might become god,” but before that can happen, man first has to become man. The simple story of the Nativity is the vindication of humanity. Each individual life, like the lives of shepherds and fishermen in the New Testament, is elevated above its dull uniformity and acquires eternal value, even if it leaves no trace of itself in the physical world. Perhaps we should think of that as another meaning of salvation.

“God is on earth, man is in heaven, angels concelebrate with people, people commune with angels and other higher powers; demons flee, death is destroyed, paradise is open, the oath has been lifted, sin has vanished, all delusion has been cast aside, the truth has dawned. Nature, against which the Cherubim had guarded paradise, has today reunited with God. Hearing this, set aside your despair. That God became man is above all hope and expectation. If this has happened, everything else will follow in a sensible order. He would not have humiliated Himself so recklessly and in vain, if He had not had it in His thoughts to elevate us. He was born in the flesh, so that you might be reborn in the spirit; He was born of a woman, so that you may cease to be the son of a woman; He allowed a lowly man to be His father, so that you, in your lowliness, should have the Lord as your Father.” 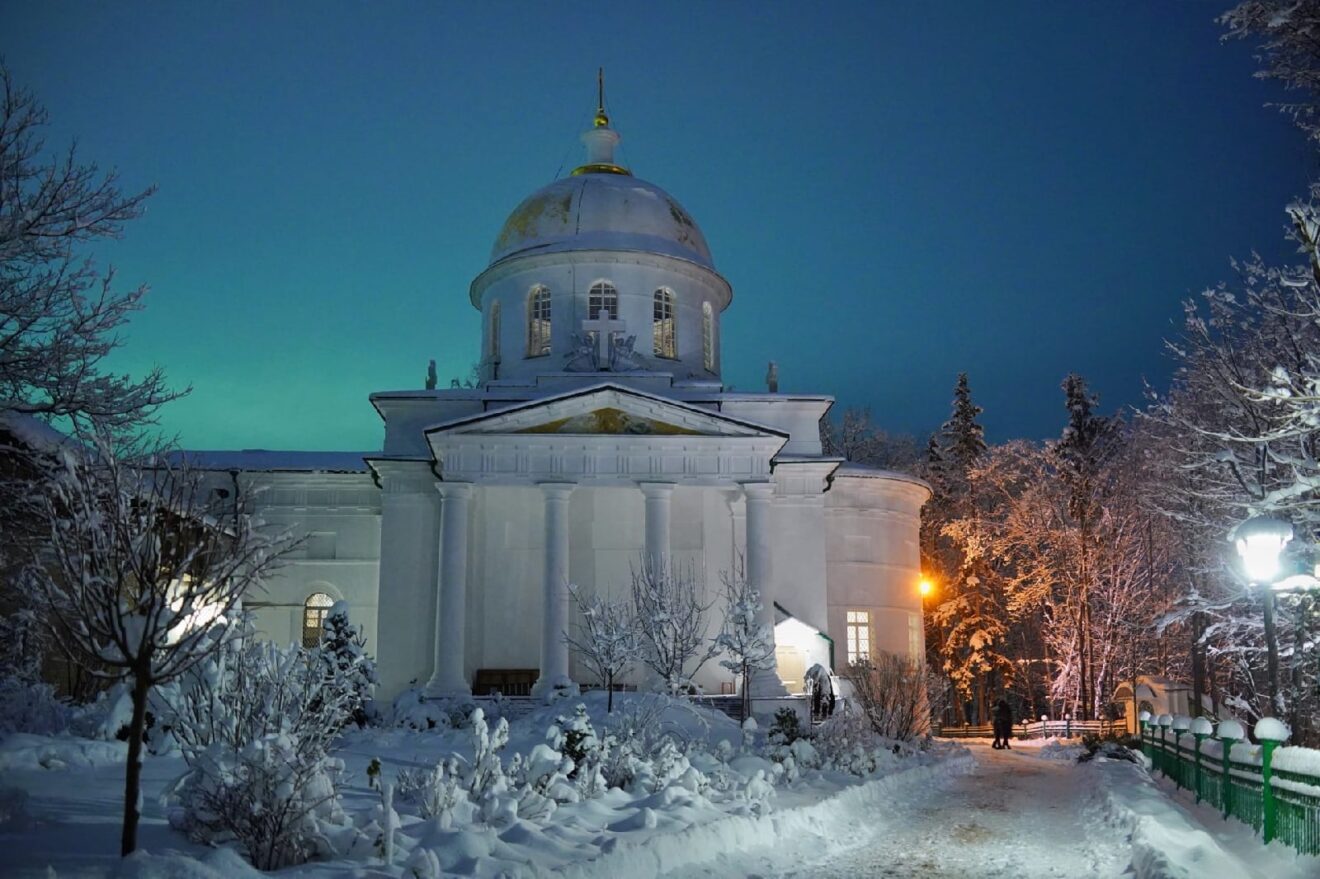