“‘Glory to God in the highest, and on earth peace, good will toward men’ (Luke 2:14). This is the song to God who became man, the newborn Christ, that was sung by a host of angels during His birth. The meaning of this short song is full of great wisdom. It contains and reveals to us the mystery of the incarnation of the Son of God for the salvation of the world. The Church teaches that all angelic nature was amazed by this mystery.
But where is this peace on earth, which was announced by the angels to the shepherds of Bethlehem? Even in Jerusalem, the city of David, in which there was a temple to the living God, there was no peace. When the wise men, who had come from the East to Jerusalem, asked, ‘Where is he that is born King of the Jews?’ — from these words alone King Herod was troubled, and all Jerusalem with him. In the world-spanning Roman realm of that time there was no peace. Its contemporaries paint a dark picture of the moral degradation of the nations, the corruption of the image of God in all men. All manner of foul iniquity was wrought openly. Idolatry had replaced the worship of the one God. Iniquity, shameful repletion, intoxication were the earthly goods, the goals and aspirations of humanity. Enmity, civil strife and disorder reigned. Pride, inhumanity, all kinds of vices corrupted public and family life.
…And in our times societies and kingdoms are shaken, discord and war continue inside and outside each nation, heresies and schisms, conspiracies, criminal and evil teachings swell and threaten to uproot age-old foundations of family, civil and religious life. Evil raises its sacrilegious hand against those anointed by God Himself to protect their nations… Then where is the peace on earth that the angels had announced? Where is the peace that the God-become-Man had brought to earth? It is not in this world: ‘the whole world lieth in wickedness’ — said the apostle (1 John 5:19). Here is the mystery of which the angels had sung: with the coming of the Son of God to earth, peace first prevails in one small flock — in His Church, in the apostles, to whom He repeatedly taught this peace, and later in the kingdom of grace, of His Church, which had spread throughout the world.”

“And your thought, my brother, your human thought, attains its divine and immortal meaning only in God, only as the thought of God. The human thought becomes the thought of God only in the God-become-Man Jesus Christ. Also your human feelings attain their divine, their immortal meaning only in God. Without this, your feelings are your most merciless tormentor, continuously crucifying you on an eternal cross, after which there is no resurrection. And your consciousness? Whence does this fierce stranger appear in us? And it, too, unites with its divine and eternal meaning only as the conscience of God. Without this, human conscience is fierce and terrifying nonsense. And my death, and yours, and the death of all people — is it not surely the most cruel torment for a human creature in all the universe? Yes, truly it is so. But death, too, only as the death of the God-become-Man, reaches its eternal meaning through the resurrection of the God-become-Man, the Lord Jesus Christ, for He and only He can achieve victory over death and bring meaning to death in the human world. So it is with all human things, the whole of man with his countless infinities, only as the grace-bearing God-become-Man in the deifying and all-restoring Body of the God-become-Man Christ — in the Church — attains his divine, his eternal, his theanthropic supreme meaning.
…Having been displaced, by the willful sin of man, from the world, from the body and soul of man, God by His incarnation returns to the world, to the body, to the soul. He becomes man and, being one, works for man, dwells in the world among creation, provides for creation, sanctifies creation, saves creation, transfigures creation, deifies creation. The incarnation of God is the greatest shock and the most providential event, both on earth and in heaven, for here the miracle of all miracles took place. If, heretofore, the creation of the world from nothing was the greatest miracle, the incarnation of God in man undoubtedly surpassed it in miraculousness. If, at the time of creation, God’s words took physical form, then during the incarnation of our Lord Jesus Christ, God Himself took physical shape, as a body, as flesh. Thus the incarnation of God became providential for the entire universe: for every individual, for every creature and every being.” 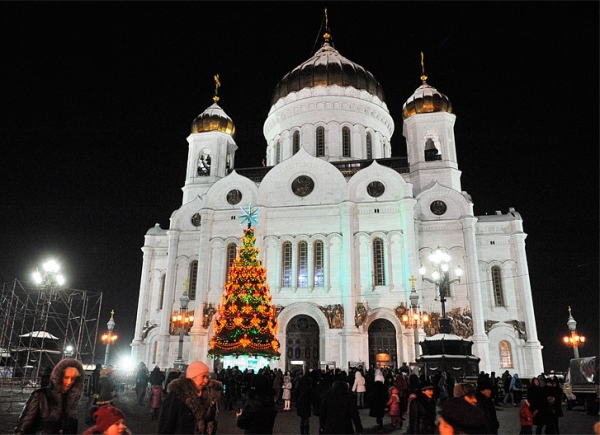